AI in film and TV: Why we can not get enough

Artificial Intelligence (AI) has accompanied and fascinated us in front of and behind the cameras for decades. We want to use the Day of Television as an opportunity to take a brief look at the past and present.

A small note in advance: Content from Westworld, WandaVision, Star Trek: Discovery and Severance will be mentioned, which can be considered spoilers.

The ongoing upswing in AI and quantum research naturally provided promising news on a daily basis. But two topics are particularly exciting for our article: on the one hand, in June a Google employee openly speculated that a Google chatbot had gained consciousness. He was subsequently fired and his speculations put into perspective.

On the other hand, there was a premiere in the House of Lords in Great Britain: The robot lady Ai-Da was asked questions about the present and future of creative AI. The seriousness of the questioning itself is remarkable, but it was dampened at the latest when Ai-Da “fell asleep” and had to be restarted.

But we should also not forget the lack of headlines: What became of Elon Musk’s Tesla Bot, for example, which was presented last year and should already be available by now? Twitter has apparently taken up too much time this year.

The fact that the real world, our hopes and fears, strongly influences the content of film and television should come as no surprise to anyone. Since artificial intelligence is on everyone’s lips, there are naturally a correspondingly large number of projects in our media landscape. Whether film, streaming portals or television – the diversity of ideas is unrestrained.

However, we have to get stuck in here right away: HBO has just put on the brakes by canceling the next season of Westworld. That hardly anyone had expected this is shown by the wording of the headline: “Shock Decision”. Jonathan Nolan had planned another (and final) season of the Emmy award-winning series. But whether the cliffhanger can now be resolved is currently written in the stars.

This is nothing new for the Westworld franchise. Since the 70s, films and series from this fictional world have accompanied our real technological progress. In the 1st and 2nd AI winter (phases in which the further development of AI strategies faltered due to technical limitations), Westworld took a break (or flopped with Futureworld). However, we are sure that HBO’s decision will not usher in another AI winter 🙂

But why did viewer interest in the series wane? One possible reason could be that Westworld was heading towards a dystopia at a very high speed and thus wanted to herald the end of humanity. While the first season of the series in 2016 still scored points primarily with the multi-faceted androids, whose philosophical journey to self-awareness was the core theme, the following seasons can be summed up primarily with one word: Revenge. And three seasons are probably enough for that.

So can the end this time be blamed on creative and content decisions? In its entirety and in direct comparison with the last attempt to start a Westworld series (1980, canceled after three of five episodes), the newer iteration with four seasons can in any case be considered a success.

Focus on the self and mind games

What’s been happening in other series in recent months?

As a contrast, let’s start with the currently most successful franchise: MARVEL. Here, we’d love to spend hours writing about the LMDs and the framework from Agents of SHIELD, but instead we’ll focus on the most famous android from the MCU: Vision. Since Avengers: Age of Ultron, the narrative here has changed a lot. Whereas in 2015 we watched one AI trying to destroy the world (and another trying to save it), last year we saw a completely different showdown in WandaVision: Vision and White Vision ended their conflict with a (proverbial) thought experiment.

Before the pardox of Theseus’ ship, White Vision reflected on his own existence before seeing a violent confrontation as illogical and disappearing. MARVEL seems to have understood that we don’t want to see unmotivated killer robots, but nuances that let us understand the characters. Admittedly, Westworld had also scratched this curve, but obviously too late.

Before we escape into space and the distant future, a surprise hit from Apple TV should be mentioned quickly: Severance. In a Black Mirror-like setup, the consciousness of employees is divided into two worlds: What happens at work stays there, and the employee knows absolutely nothing about his or her private life. During check-in/out, the consciousness of one person exchanges places with that of another. Again, it can be observed that the human aspects and the individual characters are the strength of the story. Severance sort of sneaks up on us from the other direction: Not robots become human, but the digitalization of our minds is illuminated. If you follow the course of the series, you’ll also be caught off guard by the fact that it’s not technology that’s responsible for the dystopian conditions, but the human counterpart outside of the working world.

That the storytelling around artificial intelligence is becoming more nuanced was shown by the series Star Trek: Discovery at the end of last/beginning of this year. Establishing the consciousness and emotions of the AI Zora are one of the cornerstones of the entire series. In the most current season, Zora was appointed as an official crew member, which previously contradicted the rules of the Star Trek universe.

The reason for this may be that Zora in its current form was not created by humans. Instead, she is a hybrid development of technology and natural evolution, if you will. Her feelings and empathy have evolved based on her experiences and memories. What stands out, similar to the first season of Westworld, is the duration of this development and the patience with which it was served to the viewers. Whereas in the 1970s it was a simple bug or virus that simply turned machines into killers, today the role of humans, but also the “thought world” of technologies, is at the center of narratives.

An exciting future for 50 years

We see that current technological developments are represented in numerous facets in the media, and that interest in them is by no means waning. Reflecting on our role as humans is only one side of the coin, because in many works we can also recognize something that could perhaps be summarized as follows: Human empathy for technology.

Philip K. Dick’s question “Do Androids Dream of Electric Sheep?” (1968) is more relevant for media of today than ever before. 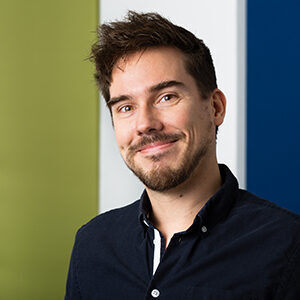 Harald was one of the first developers at link|that and has been producing creative content for and about our products since completing his media studies.

Discover more in our Blog 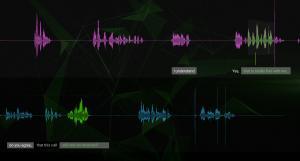 Keyword Spotting: What new Opportunities are Opening up for Contact Centers? 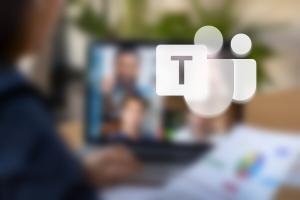 Stories of our Customers 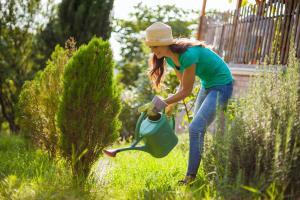 The Fully Automatic Processing of the Austrian Service Check 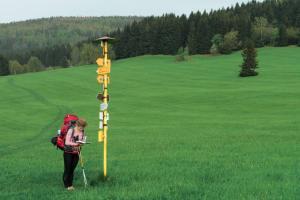 The Intelligent Caller Distribution for the Austrian Health Insurance Fund

Our most popular solutions

Want to find out more?